The first article looks at D50 and H4n features. The second has free sound effects downloads for you to analyze.

I’ll conclude with observations, pros and cons of the recorders and a summary on just how usable they are for field recording sound effects.

Here’s the link to the raw, unmastered field recordings from the Zoom H4n and Sony PCM-D50.

While I’ll let your ears judge which you prefer, I’ll include a few basic observations here.

Both recorders are completely useless in any breeze without some kind of windscreen.

The Zoom H4n ships with a windscreen. It is made from foam. It’s not transparent, and doesn’t work very well. I’d advise getting a dedicated high-quality windscreen if you’re planning to record outside or among vents or fans.

The good news is that there are options for custom windscreens. Rycote makes a version for each recorder. Sony offers a windscreen that is sold separately.

Sound blogger Tamas Dragon has recently written an article about windscreen options for the D50. Check out options and listen to samples.

Expect to spend between $20 and $55 for an aftermarket windscreen.

Before we get into thoughts about sound quality, keep in mind that there is significant price disparity between the recorders. The Sony sells for $469. The Zoom lists for $299. While price isn’t an absolute indication of quality, it does lead one to believe that more engineering has gone into the Sony than the Zoom.

With that context in mind, to my ears the Sony has more clarity when capturing distinct sounds, even those at a great distance. I find it has a richer sound stage and depth. Recordings from the D50 feel lush and open.

What I personally enjoy is the slick, smooth aspect that recordings from the D50 produce.

To my ears this is where the sound of H4n begins to flatten. Part of this could be the Zoom’s deference to bass frequencies. The D50 impressed me by remaining clear and capturing details despite density.

One interesting example is the recording in Chinatown of the old men playing the board game. There are two layers in this recording: the close voices and the faint, background mall.

Crowd of Old Men in Chinatown Playing a Board Game Sound Effect, H4n

Crowd of Old Men in Chinatown Playing a Board Game Sound Effect, D50

I feel the D50 manages to capture the sense of distance better. The two layers in the H4n recordings feel closer together. The stereo breadth of the D50 appears wider and more expansive than the H4n, even at matching stereo patterns.

You’ll also notice that there is a 120 hertz throb through both recordings, as well as ample bass generally. Some of this is inherent to the location. The H4n seems to emphasize this more.

It’s different recording specifics. I find that both recorders do well recording clean, isolated specific sound effects. Here’s a montage of a few specifics from the previous post.

Now, I don’t want to be too hard on the H4n. The H4n is not terrible by any means. That 120 hertz tone can be removed easily. In a clean environment the H4n works quite well.

My preference comes from Airborne Sound’s need to capture ambiences. The way the D50 portrays distance and breadth works well for us.

For you it will likely be different. It depends what and how you record sound effects, and what your threshold of quality is for your budget.

Of course, sound quality is only one part of the equation. If it wasn’t, we’d be comparing $3000 microphones.

People use these recorders for a specific purpose. How do the recorders rate in for the role they were designed? This leads us to look at usability.

Stats aside, how useable are the recorders? What do we mean by ‘usability?’

Usability examines how well something achieves the purpose for which it was designed. It also looks at how intuitive it is for its intended audience. This seems the most fair way of rating the pocket recorders.

These recorders were designed to capture sound outside a typical studio environment. Based on what we see in their manuals, they were meant to capture music jam sessions, play a music collection and casually record ambient sound.

In short, people purchase these recorders because they are portable and inexpensive. They were designed to record audio without spending thousands on a full studio.

They weren’t designed to replace high-end recorders, so it’s not entirely fair to grade them based on how they work with pro microphones or compare them to dedicated external preamps.

How well do they rate for their primary task: recording portably?

They’re compact. They both perform the basics of playing and recording sound well.

I find the H4n feels more like a portable device than the D50. The Sony appears more delicate and less apt to hand rough, unexpected portable recording sessions.

Is the design intuitive? How much time does it take an experienced field recordist to use the models?

They’re both easy to learn and use.

The D50 goes a bit farther being user-friendly with its menu and labelling. The H4n’s manual, comparatively, is a mess.

Here the D50 fares a bit better. Advanced frills like quick boot up, instant punch-in and its ability to ‘divide’ a rolling take into a new one are helpful. While not necessary to beginners, they allow pro recordists to augment their experience.

Advanced features on the H4n, such as 4-track recording, are a bit convoluted and tricky to implement. Some features are buried in menus.

Overall, if we’re being very detailed, the D50 is easier and more pleasing to operate. It feels more professional to use. It’s smoother.

The D50 has more polish and has an increased price to match. It’s not fair to rate the H4n on the same level. It’s not trying to outperform a $469 recorder. It fits just well at the $299 level. You’d not be wasting money spending $299 on the recorder. Knowing its limitations (every recorder has them) and compensating for them well help you. For example I am careful not to record atmospheres with the H4n in saturated environments.

So, I think they perform quite well for the price they charge. The final decision comes down to how much you’re willing to pay and whether you want to spend more for the cleaner sound and refined experience the D50 provides.

If they are so different, why are these recorders commonly compared? I believe the reason they are mentioned together is mostly because of popularity than anything else.

Which portable recorder should I buy?

So which do you buy?

There isn’t a perfect answer that will suit everyone. It depends on your budget and how you record sound effects.

You’ll want to consider what is more important to you: specific sound clips or atmosphere sound fx.

And of course your budget is a factor as well. But before you spend $469 on pocket recorder, you may want to ask yourself: are the recordings x% better than comparable recorders? Does this match the increased price you’re paying?

Rent the recorders. Try them. See how they feel. Or, if you can’t rent, bring a SD or Memory Stick to a dealer, test it out, then bring your cards back home to compare your field recordings.

Once you get a feel for how they function as portable recorders and the sound quality they produce you’ll be able to make the best decision for yourself. 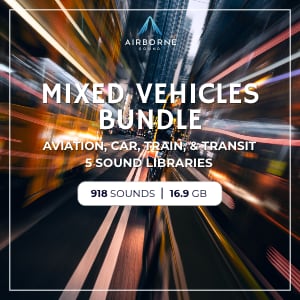 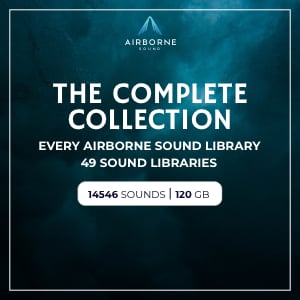 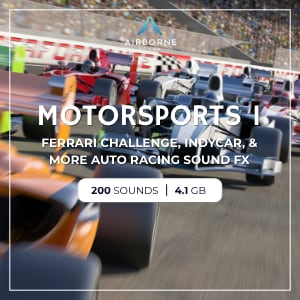