How to Record Artillery Sounds Next week we will be releasing an exceptionally rare sound collection of artillery sounds. We’re quite excited about it. Today’s post will take a first look at the sound effects to give a preview of what you can expect in next week’s release.

Want to learn how to record your own cannon or artillery sounds? You’re in luck. This article will explore how our team researched, planned, captured, edited, and curated the sound effects.

A Hunt for Artillery Sounds

Field recording is tricky for any handful of reasons. Invasive problem sounds, managing complicated equipment, and other issues can derail a sound effects gathering session. Some of the most challenging sounds to capture are subjects or environments that can’t be controlled – the recordist is helpless when things or places don’t act how they’d prefer.

So it was with great fortune that I heard the booming sound of artillery fire while walking home in downtown Toronto, more than 10 years ago. I changed course to investigate.

To my surprise I found a line of artillery deep in the centre of the city firing rounds into the air. The blasts were immense. Overpowering snaps cut through the sky as the howitzers fired, followed by the sound of rippling thunder as the explosions echoed off the skyscrapers nearby.

I didn’t have my recorder with me, however I vowed to return to capture these rare sounds and share them with sound editors and game audio designers. After all, it isn’t common to find or hear these guns, let alone to stumble upon a chance to record them.

After some research, I discovered that the guns were from the 7th Toronto Regiment of the Royal Canadian Army. I learned that they fired a 21-gun salute 3-4 times a year: Victoria Day, Canada Day, Remembrance Day, and others.

The unpredictable and uncontrollable had become an opportunity.

Why Record an Artillery Sound Library?

I returned many times to the firing site to record the artillery sounds. In 2015 I captured the first recordings and created the Battlefield Howitzer sound library. I returned again in 2017 to record more of these battlefield weapons.

The artillery sounds are quite rare. There are very few sound libraries of howitzers firing. They have so much power and character that it’s difficult to “fake it” or recreate them any other way.

The field pieces the 7th Regiment used were also a valuable mix of weapon types. They included the M101 C3 howitzers – a modified version of a popular US field piece used with dozens of operators worldwide since 1941. In addition, a rare British field gun, the Ordnance QF 25-pounder howitzer was also present. In service since 1940 and since retired, that weapon was used in many Commonwealth countries. Combined, it was an opportunity to share a global cross-section of late World War II field pieces that have been used in scores of conflicts up to the present day.

The recordings showcase an incredible soundscape. The jarring blast conveyed power. However the characteristic rumble was truly unique; it created a rare urban echo not typically heard in usual battlefield soundscapes. In addition, the rumble and “tails” of the explosions were very clean because of the tightly controlled environment. So, the pure recordings would offer helpful tools for sound design.

So how did Airborne Sound record the howitzers? First let’s look at the challenges of recording artillery sound effects, then learn how they were overcome.

There are six especially tricky aspects to recording fireworks sounds:

It may seem mundane, but the most important aspect of the shoot was preparation. After researching the 7th Regiment and some other fan websites, I found that the next performance would be on Victoria Day. I was flying back to Asia in a few months, and the next chance to record them would be Remembrance Day. So, there was only one chance to record the guns. Prepping the gear was vital. From previous recordings, I had known how loud the blasts were. I had noted what settings were needed for the recorders and microphones. There were no practice shots available, of course, so this bit of knowledge ensured every blast would be captured perfectly.

I knew the location at Queen’s Park well. That didn’t guarantee that positioning would be easy. After all, ceremonies may block off certain areas. However, I was able to choose the best location in the half hour before the firing started – away from the crowd and on-axis to the guns. While being in noisy downtown Toronto, traffic was cordoned off so it wasn’t as much of a problem. While it didn’t seem there was much I could control about the performance of the guns or the environment around me, I used the 4 P’s of field recording to adapt what I could: pick-up pattern, perspective, positioning, and patience. (Learn more about that technique on Creative Field Recording.)

Well, the bursts and explosions were so loud that they consumed any other sound. So, mastering aimed at cleaning or preserving the long rumble or “tails” after the initial explosions. After all, it’s the space that give character to gunshots and artillery fire. Luckily, the jarring aspect of the shots silenced the people and birds at first. However, some babies began crying and dogs began barking in the extreme distance. iZotope RX’s spectral repair took out the minute, pesky intrusions to ensure the rippling boom was completely clean.

All artillery shots were edited in tandem with the same length. The idea here was to provide options for sound designers so they could switch between the microphone for alternative sonic textures.

As a bonus, I processed the raw tracks into two additional flavours:

The processing was done with a mix of plug-ins including Softube’s Chandler Limited Germanium Compressor, Oxford TransMod, SPL Transient Designer Plus, and Soundtoys Decapitator. These transformed the raw effects into larger-than-life overpowering versions.

The next step: organize and curate the artillery sounds. What’s the best way to describe such rare sound effects so that they are found and used?

Getting the details correct was essential. For historical projects, it is vital to know exactly which guns and ammunition are being used. Weapon models often vary with sub-model types. Before the shoot I documented the types of guns with multiple photos.

Additional research helped accurately describe them with a precise name and model number. This was used to create a technical name with the type of gun, the action, microphone type, and any activity. This “scientific” name was paired with a human-friendly readable name. Extensive details were added to the metadata keywords to ensure the best, most accurate hits.

Here’s a preview to the sound library:

Thanks for joining us for this artillery sound pack preview. Stay tuned! We will release the full collection next week. Join our free email newsletter to be notified when the sound library is available.

Update: the new sound library is now released! Click the button below for more info: 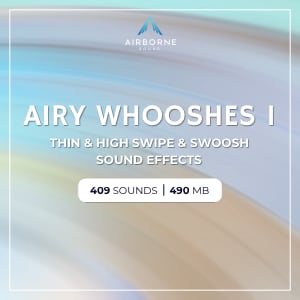 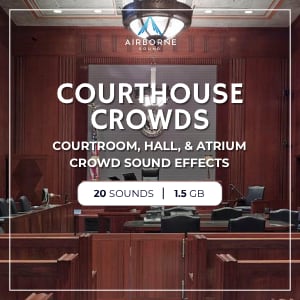 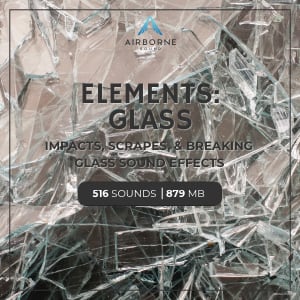 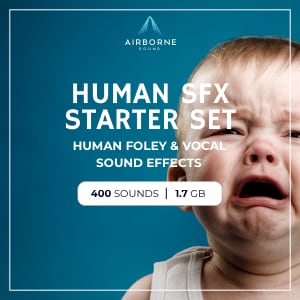