Half & Half Sound FX Pack 1

You are here: Home / Downloads / Half & Half Sound FX Pack 1 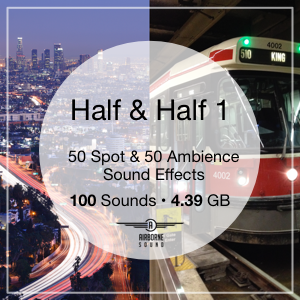 Read more about this collection in the sound library announcement blog post.

Half & Half Sound FX Pack 1 Includes:

Note: All product and company names are trademarks™ of their respective holders. Use of them does not imply any affiliation or endorsement by them.

Learn why we love sound fx.

This website uses cookies to improve your experience. We'll assume you're ok with this, but you can opt-out if you wish.AcceptRead more